If not for a few rude customers and unmotivated co-workers, Melissa Shiffrar’s career and life could have taken a very different turn. At age 19, she was decorating cakes at a grocery store and taking classes at her local community college when, one afternoon, she decided she wanted something more. After completing her shift, she walked across the street to a temporary staffing agency, had a brief interview and filled out an application. A week later, she received a call that changed her life.

It wasn’t much on the surface, but a local vegetable grower, Rancho Guadalupe, needed help with data entry and clerical work. Melissa had always liked math and was studying finance and accounting in college. It was a close enough fit at the time and turned out to be the start of a remarkable career. In her 10 years with Rancho Guadalupe, a period in which the company has roughly doubled in size, Melissa has gone from data entry to payroll and benefits administration to office management to, for the past four years, serving as Controller. Her responsibilities include managing all of the company’s finances and accounting.

“It’s pretty amazing how things have worked out,” says Melissa. “I had no involvement in agriculture before working at Rancho Guadalupe. Even growing up in the Santa Maria Valley, I never realized all the opportunities in the ag industry or that I could create an accounting career working on a farm.”

Taking on a leadership role at a young age was intimidating at first. “It felt strange managing people who were older than me and being the only female manager,” she says. “But I had the support of ownership and management and was working with great people. The challenges of the job and growth of the company have kept me focused, motivated and excited, and I’m always seeking ways to improve my leadership skills.”

In recent years, Melissa has become active in California Women for Agriculture, serving as Treasurer of the Santa Maria Chapter. Earlier this year, after attending past UnitedAg conferences and events, she became an inaugural member of its yearlong WomenAg Leadership Academy.

“It’s rare to find leadership training opportunities for women, so training specifically for women ag leaders was something I couldn’t pass up,” she says. “The academy members are driven in their careers and care deeply about our industry. Their experiences and advice, and those of the UnitedAg team, have taught me a lot and challenged me to be more thoughtful in my leadership.”

Among other things, Melissa says the academy has taught her the importance of staying engaged in the governmental and legislative process. “Government decisions can greatly affect the ag industry. Even though advocacy isn’t my passion, I now know how to support those who give agriculture a greater voice in our government and society.”

Most important, she says, “The academy has increased my skill and confidence as a leader, and helped me realize my ability to instill leadership in those around me. I look forward to sharing what I’ve learned in the academy with my colleagues, both women and men.” 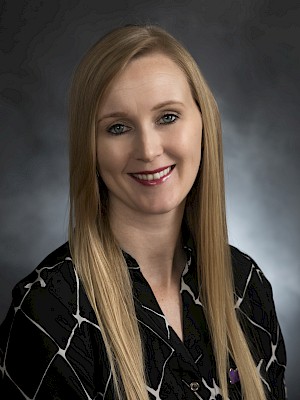