You might say Debbie Adam has farming in her blood. Born and raised in a citrus-farming family in Southern California, she literally grew up among the family’s fragrant orange groves. Later, she attended Cal Poly San Luis Obispo, one of the state’s premier ag universities, where she met her husband, George, who also grew up farming. After they graduated and married, the Adams became – what else? – farmers. Today, the family’s sixth-generation produce farming and packing operations include Santa Maria, Calif.-based Innovative Produce and Faith Farming.

“Ag has been a big part of my life,” says Debbie. “My husband and I have raised our own family of four children in an agricultural environment, and, in the 1990s, I went to work in the family business, acting as our first HR department.” Over time her responsibilities grew, and today Debbie oversees human resources and finance for the sizeable family-owned and operated business.

“I’ve always been interested in ag and where our food comes from,” Debbie says. “My degree was in dietetics and food administration. I feel our nation’s ability to produce and sell quality food, both here in the USA and abroad, is integral to the health and well-being of the world.”

Several factors attracted Debbie to UnitedAg and its WomenAg Leadership Academy. First, she says, “UnitedAg is very cutting edge in its approach to healthcare and is in touch with the needs of the ag community.”

“Also,” she says, “as you navigate your way through government regulations and policies in this business, you start to wonder how you can remain compliant and also run a profitable business. I know there are other women ag leaders who are experiencing the same issues. I saw the Academy as a way to learn in a collaborative environment where we can benefit from one another’s experience. As the saying goes, ‘There’s strength in unity.’ Additionally, in learning more about the political process and connecting with my peers, I hope to bring back new insights and inspiration to our employees at Innovative Produce and Faith Farming.”

Finally, says Debbie, “I’d like to encourage the next generation of young women to be more involved in agriculture and ag-related careers, including in leadership positions.” 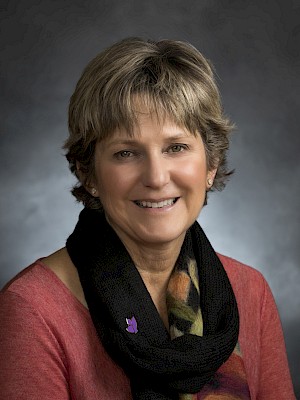